RT @KelseyTuoc: The people proposing technological solutions to political problems were derided. But they have produced those technological… by Kelsey Piper (KelseyTuoc)
Wednesday December 2nd, 2020 at 11:47 AM

.@Noahpinion offers a persuasive defense of tech solutionism in an age of political dysfunction. pic.twitter.com/qTx8Qo48JZ 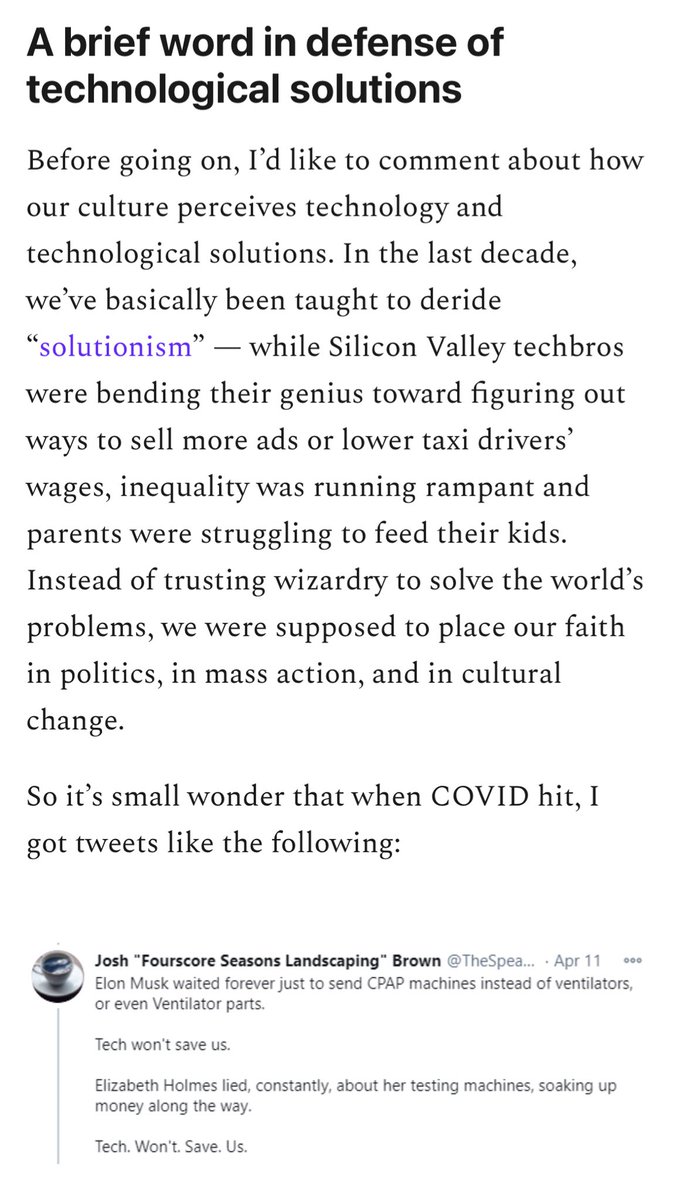 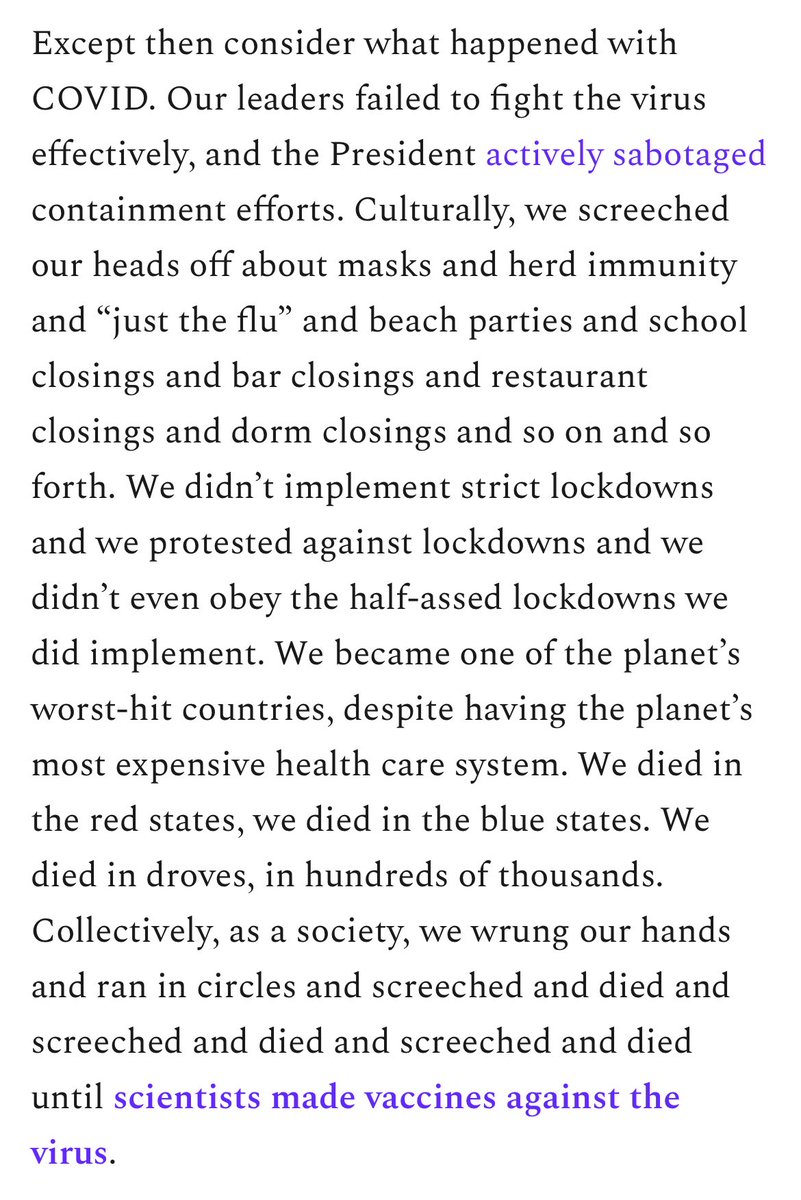 Kelsey Piper (KelseyTuoc) on Wednesday, December 2nd, 2020 3:52am
Retweeted by

reply
A bit overwrought but not false.

The Arecibo Observatory is gone. Its 900-ton instrument platform, suspended above a dish in the karst hills of Puerto Rico, collapsed this morning, at about 8 a.m. local time, says Ramon Lugo, director of the Florida Space Institute at the University of Central Florida, which manages the 57-year-old radio telescope for the National Science Foundation (NSF). On 19 November, NSF decided to decommission the observatory following two cable breaks that put the platform on the brink of collapse. But in the end, it couldn’t survive long enough for a controlled demolition.

“I feel sick in my stomach,” Lugo says, fighting back tears. “Truthfully, it was a lot of hard work by a lot of people trying to restore this facility. It’s disappointing we weren’t successful. It’s really a hard morning.”

Lugo says no one was near the dish when the platform fell. But he did not have all the details on how the structure came down. He believes it was because of a failure of one of the remaining cables connecting the platform to one of three support towers. These cables were carrying extra stress following the two previous failures. And since the Thanksgiving holiday, Lugo says, wires were breaking in these remaining cables at a rate of about one a day. He says he told NSF the structure only had a week or two remaining before it would collapse.

Engineers will inspect the condition of the three support towers today, says Lugo, and see whether they can piece together how it collapsed. He worries about the 130 observatory staff members and their future. “I can’t imagine how they feel,” he says.

This is absolutely heartbreaking for me. I'm so grateful that I got to visit Arecibo when it was still functional, and I hope that we can keep building such inspiring instruments.
Washington, District of Columbia 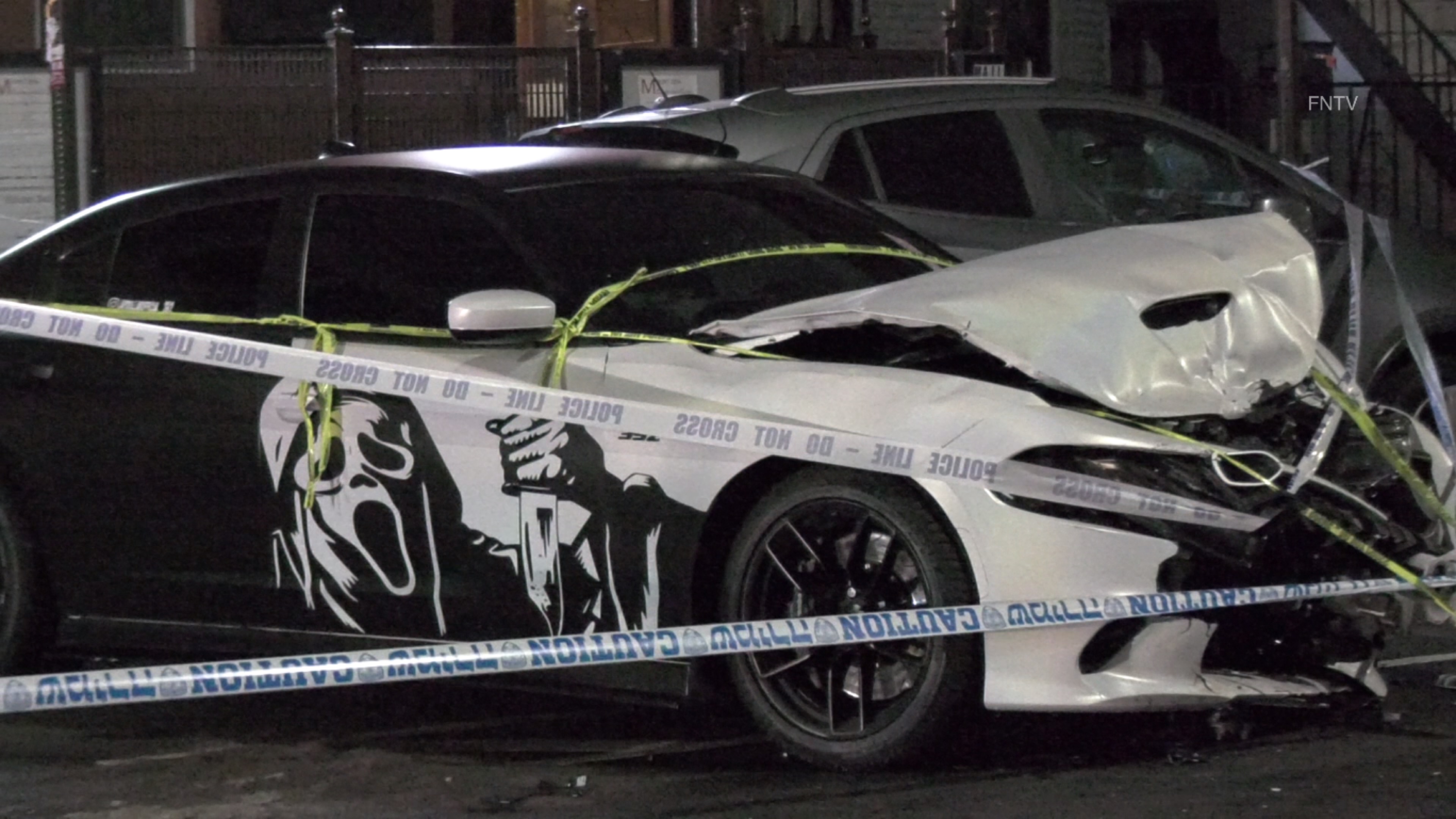 The Dodge Charger that crashed into the Honda

Reports of drag racing and speeding have surged since the start of the coronavirus crisis, a trend that some have attributed to the lack of traffic on city streets at the beginning of lockdown. [ more › ]

That wrap is straight from the 'too-implausible-for-fiction' department...

RT @EpistemicHope: Am I wrong that this is by far the most important fact about the world's response to the pandemic? On the face of it (i… by Eli Tyre (EpistemicHope)
Thursday November 26th, 2020 at 7:17 PM

Am I wrong that this is by far the most important fact about the world's response to the pandemic?

On the face of it (if this is true), it sounds like, without bureaucratic obstruction, we could have approximately avoided the the major global pandemic all together. twitter.com/calebwatney/st…

One of the most insane details of our current ordeal is that the Moderna vaccine was actually designed in two days. 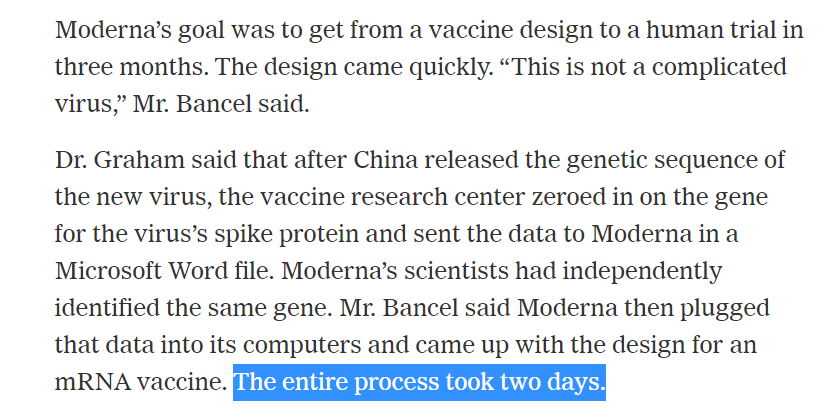 RT @ne0liberal: Add my voice to those saying: We should have had large-scale challenge trials *immediately*. @1daysooner had huge numbers… by Neoliberal 🌐 (ne0liberal)
Wednesday November 25th, 2020 at 7:27 PM

Add my voice to those saying:

We should have had large-scale challenge trials *immediately*. @1daysooner had huge numbers of volunteers who knew the risks and volunteered anyway.

Think how many people were disabled or died this year. It could have been so much faster. twitter.com/calebwatney/st…

One of the most insane details of our current ordeal is that the Moderna vaccine was actually designed in two days. 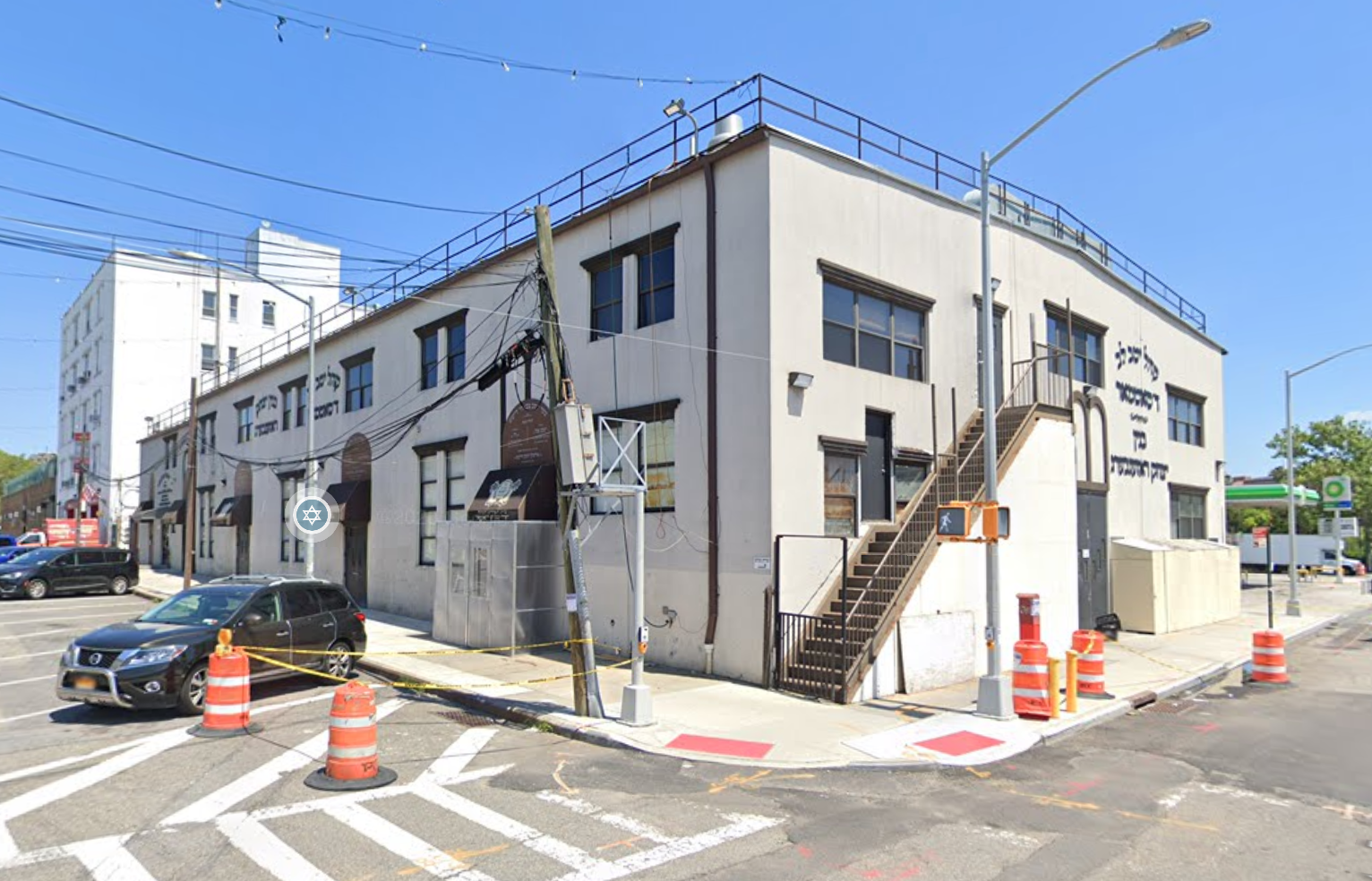 The building could be shut down should further illegal gatherings happen. [ more › ]

HarlandCorbin
Exactly, 15k is a few dollars per person. Should be more like $250/person or more.